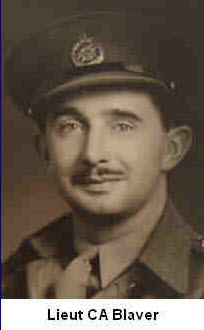 On day 1364 Tues. dad wrote in his diary "On board The Admiral Rodman still in Manilla Harbour." So dad came home on the Rodman. Submitted by daughter Marilyn Wright March 2017 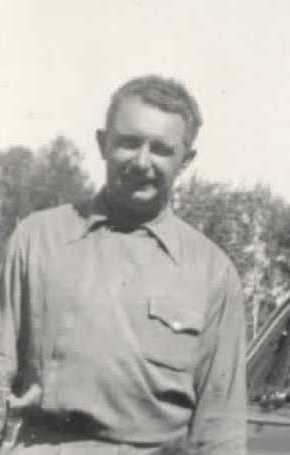 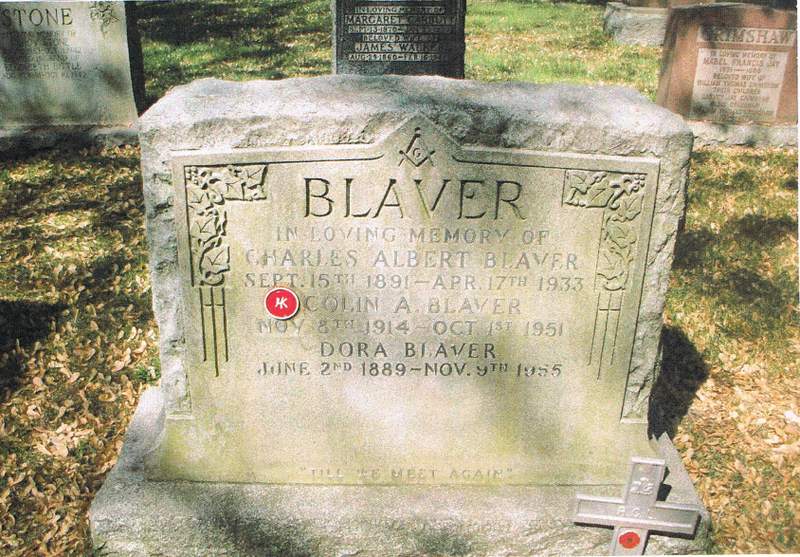 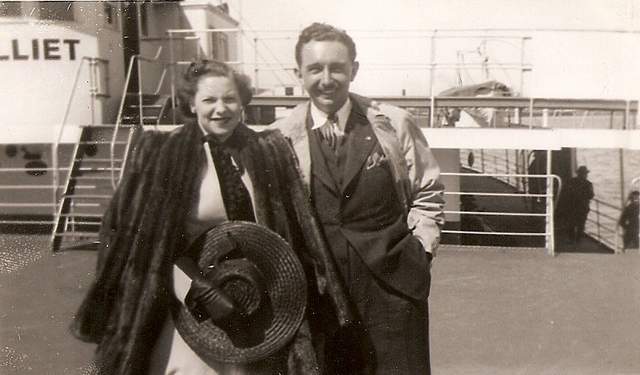 01-10-1951-Survived Jap Prison Dies of Polio here- Survivor of the Battle of Hong Kong, in which he won the Military Cross for great courage, dash, coolness and leadership Capt. Colin Alexander Blaver of Port Credit, died early today in the isolation hospital of poliomyelitis. Capt. Blaver, one time defensemen with the Quebec Ace hockey team, was captured by the Japanese while serving with the Royal Rifles. He had suffered starvation, had been desperately ill with Beriberi, had been gradually nursed back to health after his liberation from Kowloon prison camp. He complained of feeling unwell a week ago and his doctor diagnosed his illness as the most severe form of poliomyelitis. Capt. Blaver was posted to Hong Kong shortly before it fell. His decoration followed his actions Christmas Day, 1941 when ordered to clear the enemy off Mount Parker with only 40 men, his party, climbing 1500 feet up this precipitous slope, met heavy mortar, machine gun and rifle fire at close range. When his party was ordered to withdraw, Capt. Blaver and two NCO's remained behind to cover the withdrawal. Both NCO's were killed and Capt. Blaver was wounded, but he managed to hold the enemy long enough to enable his men to withdraw to a new position. Capt. Blaver is survived by his widow the former Jane Meaden, two children, Patsy and Marilyn, his mother, Mrs. Chas. Blaver and a sister Mrs. Douglas Scott, of Vancouver. Burial was in Park Lawn Cemetery today. 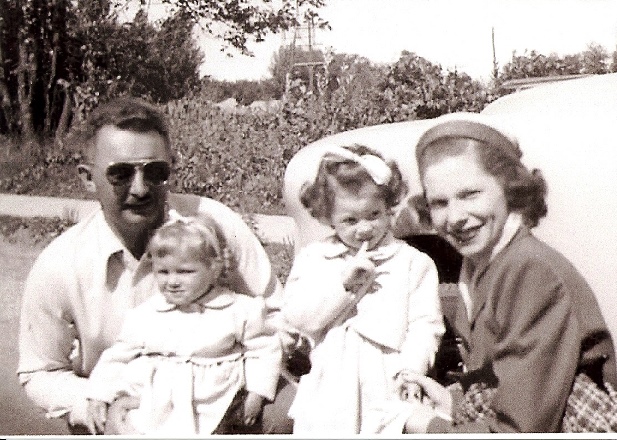 Submitted by daughter Marilyn Wright on 2017-01

I will try my best to give you a story about my dad, Collison Blaver, but all most of it will be stories told to me as dad died 2 and a half months before my third birthday. So I do not remember him. I only know him through my mom (d. 2000) and my Aunt Thel (d. 2015), dads sister.

My Grandparents (Blaver) lived on Wards Island, part of Toronto Centre Island. That is where dad spent his youth. He played hockey, was an avid swimmer and was a member of the Argonauts Rowing Club.

His father died in 1933 when dad was only 18 and a half. I was told that Grandpa Blaver was gassed in WWI. Dad was playing hockey in Quebec when Grandpa died, so dad had to quit and get a job to support his mother (Dora) and his sister (Thel).

Because dad was working in Quebec when WWII started he signed up with the Quebec Royal Rifles. According to dad's diary, he shipped out to Toronto, Vancouver, and then Hong Kong on October 23rd, 1941. As history shows, his war started on December 8th, 1941 and ended 17 days later on December 25th, 1941.

Dad wrote in his diary every day for the next 1373 days until his liberation. One of dad's last entries was on September 2, 1945 with the last words that day - Peace signed -. On the last day of the diary writing, dad wrote - Sunny, crossed 180 meridian, two days for Today, 187 lbs. - My sister has dad's diary and I have dad's medals (including his Military Cross) which both will be donated to the Canadian War Museum after my sister and I are gone.

When dad returned to Canada, he was sent to Chorley Military Hospital, Toronto to recuperate. My mom, Jane Meaden, was a Nursing Sister there. They met in November, 1945. In April, 1946, dad was invited to Quebec City for a dinner put on for all the Royal Rifles. At this dinner, dad was given his Military Cross. Dad invited mom to go with him. Since, in 1946, an unmarried woman did not go anywhere with a man, my moms best friend (another Nursing Sister and her fiance) joined them. While in Quebec City, dad proposed to mom on the Plains of Abraham.

Mom & dad were married at St. Johns Chapel, Toronto on June 28, 1946. My sister was born March 13, 1947 and me December 23, 1948. Dad died Oct. 1, 1951. I knew through stories what dad died from but not the whole story until 2005 when I took dads diary to my Aunt Thel. She did not even know it existed. Dad was working and one day after work, he took a book to his boss's son who was in the hospital. Dad died 6 days later. It turns out, the little boy had polio. And as we all know, none of the POW returning soldiers had any immune system.

Again through pictures and stories, for their 5 and a half years of marriage, they first lived on Wards Island in Grandma Blaver's home, then moved to Port Credit when I came along. We spent a few summers at a cottage in Muskoka on Lake Couchiching.

In the last few years, I have bought two books that have information on dad. The first one was The Damned, by Nathan M. Greenfield. I borrowed it first from the Library just to check it out. When reading it, I saw that dads first name was spelt wrong. I contacted the publishers and they in turn contacted the author. You can imagine my surprise when I got a personal phone call from Nathan Greenfield. We had a wonderful conversation and he promised me that the second printing would have dads first name with the correct spelling. He also had the publisher mail me a copy of this book.

The second book was POW Baseball in World War II by author Tim Wolter. The last sentence that the author wrote on dad -But it appears that history has been impoverished by the failure of this remarkable man to write his memoirs- that had me contact this publisher with the reason why. (Dad dying in 1951). Can you believe it? Tim Wolter sent me an amazing email. One question he asked me was -Did dad write in his diary about playing baseball/softball?- I checked out dads dairy and there are many entries about softball scores.

I had the privilege of going to France and Belgium from Nov. 13-23, 2008 with 33 students from Centre Dufferin HS (CDDHS), Shelburne, Ontario. Myself and another staff from the Dufferin County Museum and Archives accompanied these students. The focus of the 'Battlefields Tour' was on Nov. 19th at the Canada Juno Beach Centre. A presentation of these students' Dufferin veterans was done. The teachers and two museum staff also presented. I talked about my dad, Capt. Collison A. Blaver, Royal Rifles of Canada, POW, Hong Kong (also my second dad â Howard Puffer). My family and I have sponsored two 'Commemorative Bricks' for each of them. It was an amazing trip and very emotional. 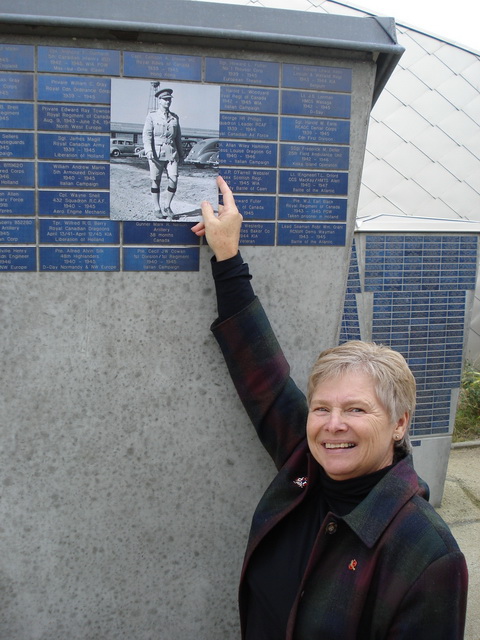