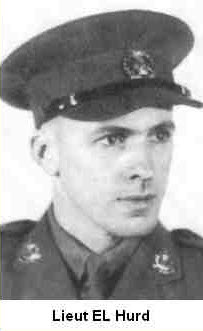 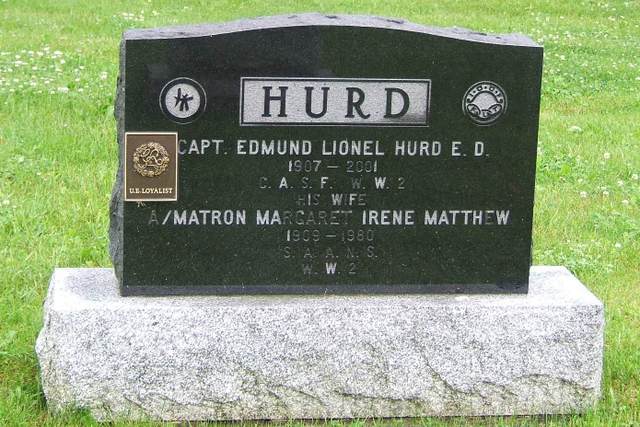 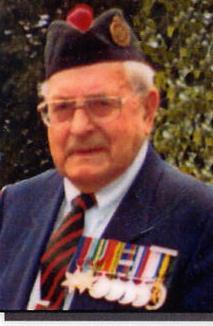 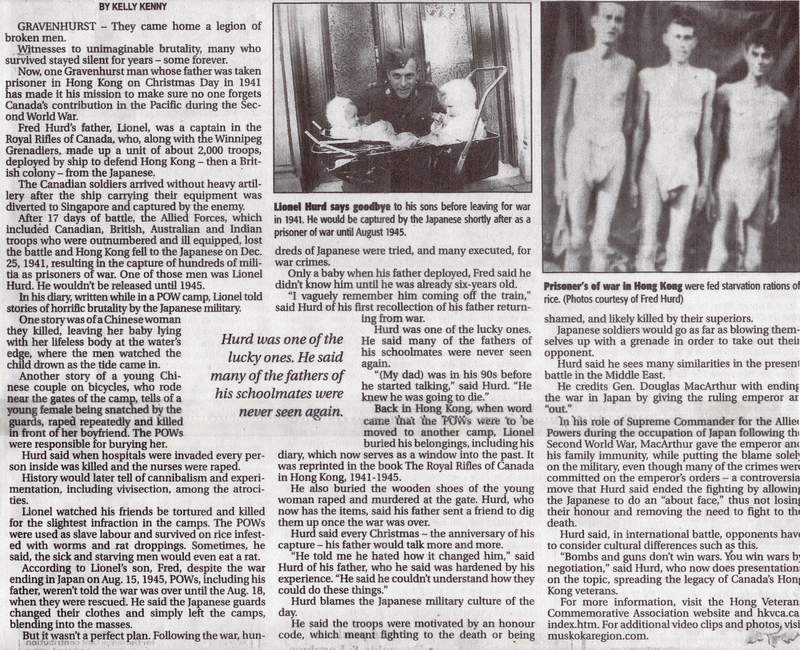 Lionel passed away February 2nd, 2001, short one day from observing his 94th birthday. He was born at Maple Leaf, township of Newport, Compton County, at a farm that formed part of the legacy of Newport, of the first settlements in this area. He was a direct descendant of Capt. Edmund Heard. Lionel was a surveyor, Army Officer, farmer, landlord, historian, genealogist, record keeper, and fighter.

He was awarded The Soldier of the Soil, a service pin given to boys that were too young for the first draft of WW1, in recognition of working the land to support other families. This pin was considered very rare.

He graduated from Grade 10 at the original Sawyerville School, and Grade 11 in Richmond, Quebec. He liked the military and first joined the 7th Hussars operating in Cookshire/Bury. He took several Militia courses and was commissioned an Officer in 1929. He graduated from Belleville Business College in 1932. His young working years took place during the Depression. To pay back the loan he had taken for College, he worked for his uncle in lumber camps as well as on his farm for three years at $1 a day. He also helped to build the present Sawyerville High School in 1932. He worked at odd jobs from 1935 to 1938 at Kirkland Lake; took a course in surveying and landed a surveyor job in the gold mines at Arnprior, and his first permanent job drafting mine claims in their engineering offices in 1938. He then decided to enjoy life and married his first wife, Mary Wood in 1938.

From 1940-45, he served in the Canadian Army. The 7th and 11th Hussars who had been amalgamated in 1933 contributed 383 men and 16 officers mostly from this area, to the newly amalgamated Quebec Royal Rifles of Canada, who served in Newfoundland and then in Hong Kong. Lionel Hurd was captured Dec. 25, 1941 at Hong Kong, and held prisoner until released in August 1945. He kept a diary.

The first internment camp was at North Point, Hong Kong Island. The second camp was on an island known as Argyle Street Camp. At Argyle, the Japanese became very suspicious and made frequent searches for documents and other records. A few years ago he was interviewed by local newspapers and said, ‘I made entries in my diary nearly every day. Before they moved to Camp Sham Shui Po, Kowloon on the mainland, I had put the papers into an empty can, then covered the can with a lid and sealed it with pitch – buried it six inches under the step in the barracks. I kept track of the building and the number on the door, and continued to make notes at Camp Sham Shui Po on pieces of scrap paper. After we were freed, I asked someone to dig it up. It was safe.’

Another entry read, Having trouble with my heart today, due to lack of food, my pulse two weeks ago was 110, last week 86, today 74. In an interview with the Sherbrooke Record in June 1998, it was stated that Capt. Lionel Hurd was the oldest surviving Hong Kong veteran living in the Eastern Townships.

Through the years, being a Hong Kong veteran, the dedication was always there, the commitment he felt to other veterans, the importance of Remembrance Day, the Hong Kong reunions, and sadly for him, his comrades’ funerals. Lionel attended the impressive ceremony that took place on Remembrance Day in 1994, at Sai Wan Cemetery in Hong Kong, on the occasion of the 50th anniversary of the Liberation. There have been several books and articles written on the Hong Kong Battle, the capture and interment, and most of them reference Lionel - Royal Rifles of Canada in Hong Kong, No Reason Why, Hell on Earth, At the Going Down of the Sun, and The Valour and the Horror, a CBC documentary which listed Lionel in the credits, but at which he was extremely upset because the Royal Rifles were hardly mentioned.

After Lionel’s return home he married Irene Matthew in 1947, and together they rebuilt and operated the old Luke Hurd farm at Newport (Maple Leaf) from 1947-1970. Lionel also supervised spraying operations in Ontario with Standish Brothers. He served as President of the Quebec/Maritimes Hong Kong Veterans Association, and two terms at National President of the Association for Canada. He was also Director of the Quebec Farmers’ Association.

In the eulogy, his son Fred stated that he was seven years old when he came to live with his Dad and stepmother in Sawyerville in 1947. You see, for me, Dad had put on the uniform of Canada and risked everything for the cause of freedom and had come back! An accomplishment in itself was to have survived imprisonment, the physical torture and mental consequences of his maltreatment; to never know if he would be allowed to live to the next day; to see death all around him, his men, his comrades, his friends… yet to have survived and to have lived to 94 is indeed another accomplishment. He lived a rich and full life. Fighter to the end, I am proud to have been able to know him and call him my Dad.

Lionel was a great historian and genealogist, and for his legacy he prepared an extensive Hurd genealogy dating back to 1632, and he organized a Hurd Reunion at Bishop’s University at Lennoxville. He wanted to ensure that the family, extended families, and descendants from his community would meet and know each other, and especially to continue through the younger generations to keep in touch, know family, and to remember their roots.

Lionel is buried alongside many Hurd/Heard generations at Maple Leaf cemetery near his Loyalist ancestor Edmund Heard.

Rank: When he joined the Royal Rifles of Canada, he was a Captain in rank with the 7/11 Hussars. He took a lesser rank to join the Royal Rifles and in six months he was reinstated as a Captain. Because all the positions of "Captain" were filled, he took on the role of Quartermaster when they went overseas. So he has always been referred to as Captain.