The Royal Canadian Corps of Signals 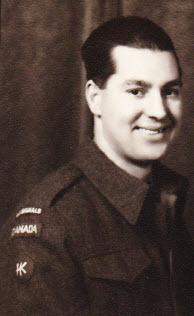 On Dec.7 H.K. time the two battalions took up defence positions on the Island of Hong Kong. The signals stayed and set up a temporary wireless station on the parade square immediately in front of the Married quarters where we were housed. About 8:00 am the first wave of bombers came over, I saw the bombs exit the plane and only one hit our building while several dropped into the harbor. I was sent to join the British signals with the Royal Scots. Beside the Scottish battalion were 2 India Battalions, the Rajputs and Punjabs. All three were soon overrun by overwhelming forces and on Dec. 11 were ordered to retreat to the island. The Island is solid rock, very little flat land all very high peaks and valleys. We did not have maps and our vehicles were diverted to Manila. The roads are all narrow and winding being cut into the rock face. There was very little cover as all trees and bushes were cut down by the residents for fuel; now it is against the law. I stayed with the Scots regiment at Lye Moon Bay until Dec 13 then was sent to our signals at Wan Nei Chong Gap on Dec. 13. Brigadier Lawson commander of the Canadian troops was stationed about 100 yards behind us. It should be noted that the artillery ran out of ammunition and there was no anti-aircraft defence which allowed the enemy to have spotter planes overhead all day.

On Dec. 19 one of the enemy landings was Wan Nei Chong Gap. It was a dark night and the Japanese advanced right up the valley and by dawn we had to retreat. That day a British officer led us down to a place called the Jockey Club taken over by the British signals. The next day we did guard duty and then hiked to Wan Chi Gap.

Dec 22: While there I located the signalers but was called away when the shelling started again and shortly after I returned to see them but entered the wrong door of this all brick building. It was dark in there and as I waited for my eyes to become accustomed to the light a shell came through the wall. What saved me, I was blown through an opposite door into another room. There were a few men sleeping in the first room which now had a 6 foot diameter hole in the wall. We got the wounded out patched up and sent to hospital. By this time the shelling had ceased. My mouth and eyes were full of brick and mortar dust , my helmet was lost due to a hit on the head no doubt a brick. I wiped my hand across the back of my neck to see if it was bleeding , it wasn't so I forgot about it. A little bit of the old British army discipline came into play here. We were told we would spend the night with the Middlesex regiment at the bottom of the hill, so some of us started down only to be called back by a British signal sergeant, we had to line up and march down in plain view of the spotter plane. The men quickly formed up, then someone mentioned the rations were in the damaged room and I was one delegated to get them. Walking through that shell hole took every bit of will power I had. Arriving at the Middlesex bunker I sat down and was going to put my head in my hands when I noticed they were caked with blood and and I thought to myself that's human blood, thank God it isn't mine.

On Christmas day two others and myself were sent back to the Grenadiers at Wanchi but at a different area than before. We always set up our equipment apart from the regiment headquarters because the fighter planes would locate us. About the middle of the afternoon one man went to deliver a message to the Company headquarters only to find it occupied by Japanese. Luckily he saw them first and let us know we were behind enemy lines. We manage to make our way out but lost our equipment, so had to find our headquarters for a new supply. When we arrived they were preparing for the last stand, This was the Victoria barracks, the building's three barrack blocks were built one above the other up the side of the hill. I was posted on the top one with orders not to retreat as we would run into fire from the men below. I realized afterward that troops who would be attacking us were the same ones we had just left. The Japs would have lobbed mortars over the hill and obliterated us before we could see them. After waiting a short while for all hell to start, the order to surrender came through. I think the Japanese who came to us were tired and happy the fight was over, They marched us over to a telephone co. warehouse where we spent the night, no food. I slept on a large coil of wire. 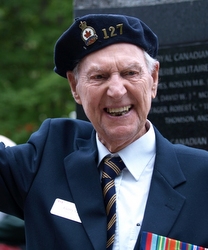 Gerry at the 2015 convention in Ottawa. 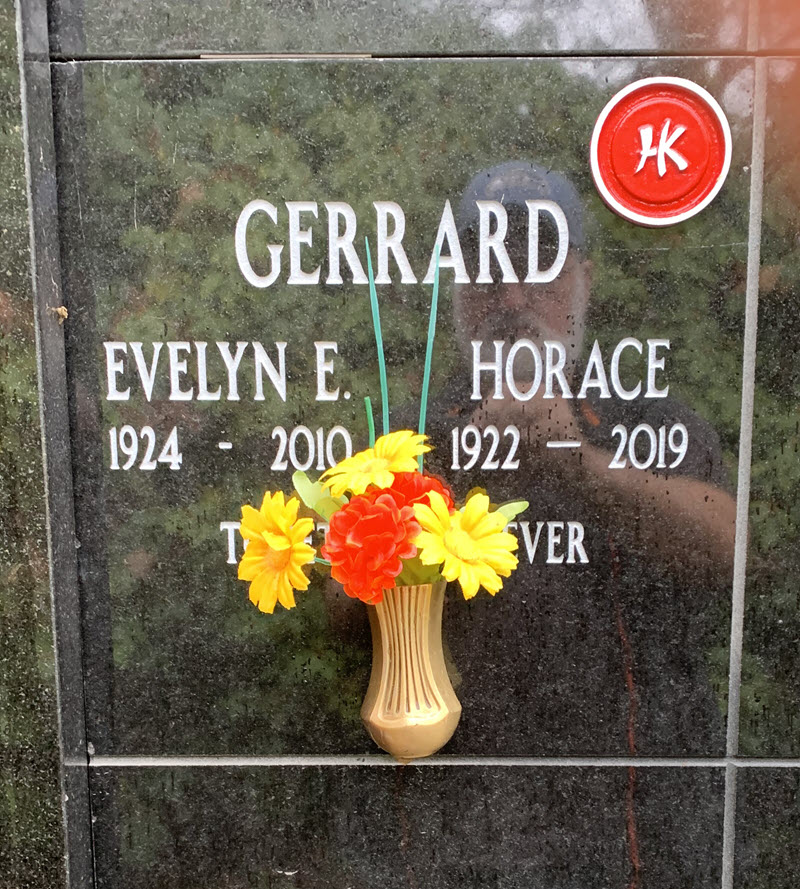 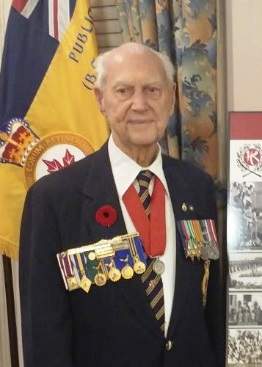 Born in Bolton, England. Dad Passed away May 22, 2019 after a very courageous fight with cancer. He was predeceased by his loving wife Evelyn. He leaves behind 2 daughters Bev (Eric) & Pat (Dave), also, his grandchildren Carla (Sean), Tracey, Brian (Correna), Kevin (Kelly), Michelle (Jon) and 9 great grandchildren.

Dad lived in Red Deer, Alberta from age of 4 to 17. He joined the army reserves and was trained as a signaler and gunner. He was 19 when war broke out and he was sent to Hong Kong.

Dad served with the Royal Canadian Corp of Signals in the Battle of Hong Kong and was a POW in Japan for over 3 Â½ years. His time in a Japanese prisoner of war camp was horrific and treatment often barbaric suffering through hard labour and malnutrition.

After the war, he married and lived his life in Victoria, BC, working as an electrician for the Provincial Government. He worked hard and enjoyed an early retirement. Mum and Dad were able to do a lot of travelling and Dad enjoyed his golfing and square dancing into his 96th year. He was a dedicated member of Branch 127 of the Legion for 70 years and held many positions. His commitment to standing at the cenotaph every Remembrance Day and laying a wreath on Christmas Day was very important to him. He was very committed to the Hong Kong Veterans Association and was determined to travel to every Hong Kong convention.

Dad was a quiet man and a great listener. His friends and family were very important to him.

He will be missed. Rest in Peace, Dad.