The SAI WAN MEMORIAL honours over 2000 men of the land forces of the British Commonwealth and Empire who died in the defence of Hong Kong during the Second World War. The SAI WAN MEMORIAL is in the form of a shelter building 24 metres long and 5.5 metres wide. It stands at the entrance to Sai Wan Bay War Cemetery, outside Victoria, the capital of Hong Kong. From the semi-circular forecourt, two wide openings lead to the interior of the building. The names are inscribed on panels of Portland stone. The dedicatory inscription reads:

1939 - 1945 The officers and men whose memory is honoured here died in the defence of Hong Kong in December 1941 and in the ensuing years of captivity and have no known grave.

The northern side of the Memorial is open and four granite piers support the copper roof. From a commanding position 305 metres above sea level, it looks out over the War Cemetery where some 1,500 men lie buried, and across the water to Mainland China - a magnificent view of sea and mountains. 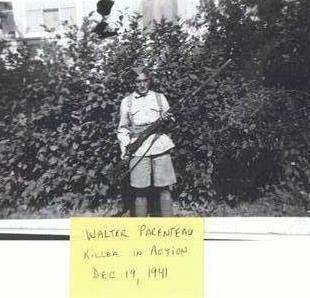