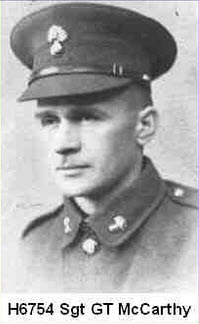 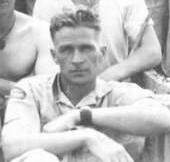 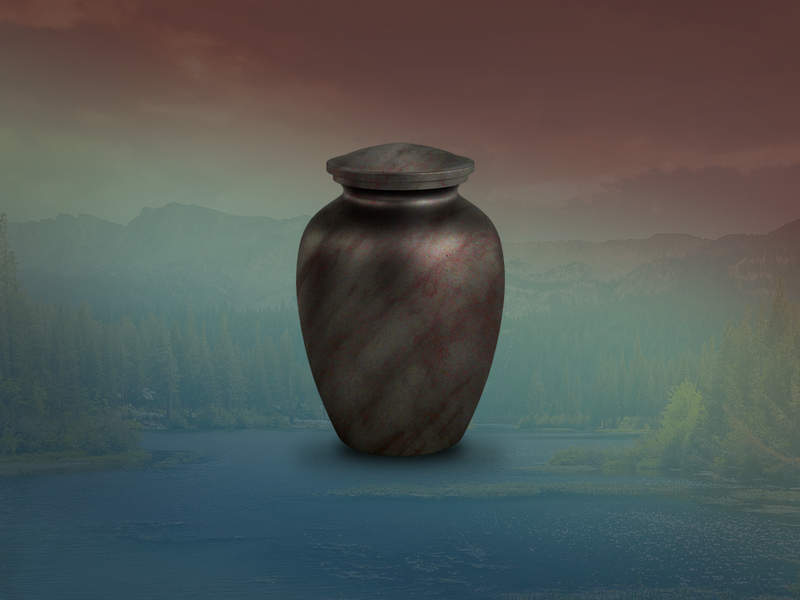 H6754 McCARTHY - Passed away in hospital on January 21, 1985. George Thomas McCarthy of Vancouver, aged 75 years. Survived by his loving wife, Helen; 1 son, Robert. Vancouver; 4 sisters, Minnie, May and Lil of B.C. and Clara of Quebec; 3 brothers, Billy, Charlie of California, and Jerry of Manitoba.

George served in the Second World War with the Winnipeg Grenadiers and was a Hong Kong Veteran. Funeral service, Saturday, January 26 at 11 a.m. in the CHAPEL OF CHIMES. Harron Brothers Ltd., 55 East 10th Avenue, Vancouver (Between Main and Cambie Street). Rev. George B. Fee officiating. Cremation. 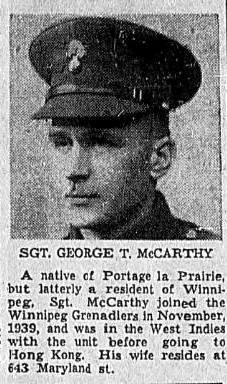 Sergeant George McCarthy was not a "Stevedore" as mentioned above while at Niigata POW camp....he did a brief stint at the Rinko Coal Yards and after this he was the Camp Carpenter.

"When I was first at Rinko I worked in the coal yards for about two weeks until I became sick with dysentery and beri beri. I did no work for a month, after which I was given the job of camp carpenter, and although I was moved to the other camps, as stated above, I kept the job of carpenter in each camp, and I was carpenter at Camp5B when liberated."

Sergeant George T. McCarthy - A native of Portage la Prairie, but latterly a resident of Winnipeg, Sergeant McCarthy joined the Winnipeg Grenadiers in November, 1939, and was in the West Indies with the unit before going to Hong Kong. His wife resides at 643 Maryland Street.