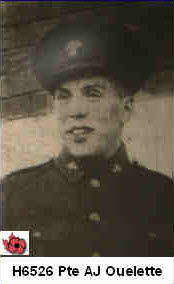 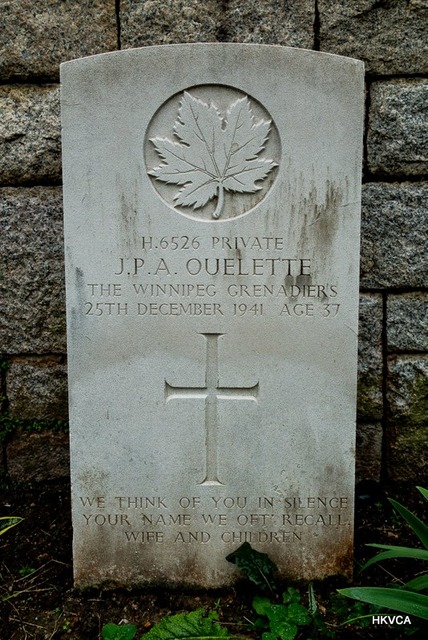 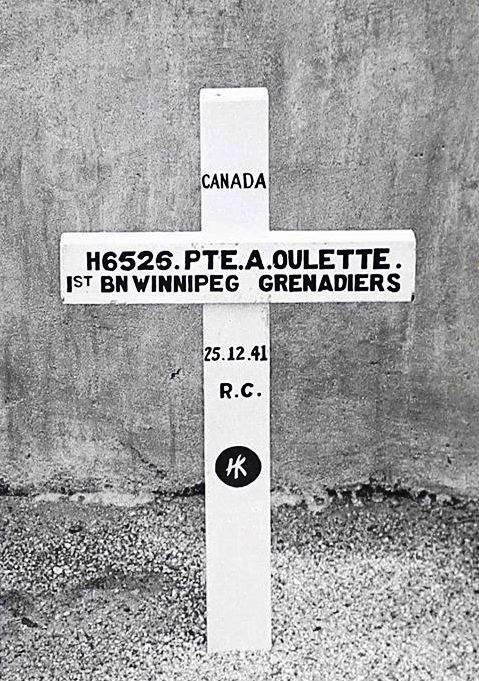 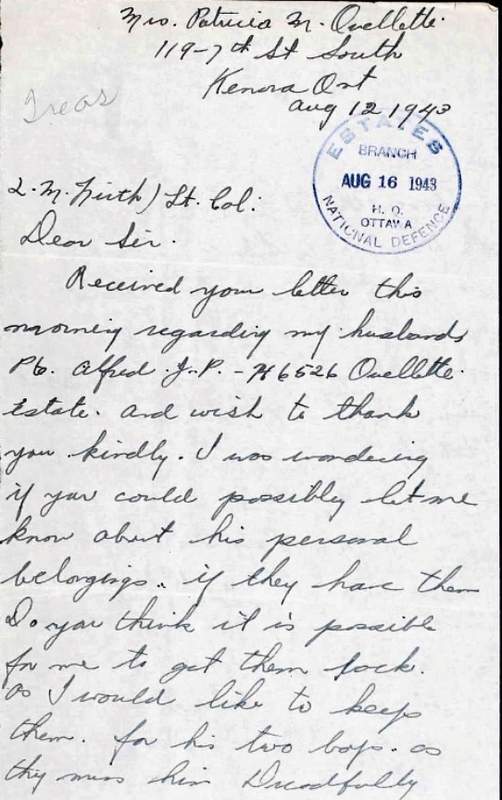 Received your letter this morning regarding my husband Pte. Alfred JP- H6526 Oullette estate and wish to thank you kindly. I was wondering if you could possibly let me know about his personal belongings, if they have them. Do you think it is possible for me to get them back as I would like to keep them for his two boys as they miss him dreadfully.

And I have to tell them something also I would like to have them myself. I know he would wish it. There won't be very much. But he has a wrist watch and pen which I gave him when he went over. So kindly let me know what I could do to receive them. 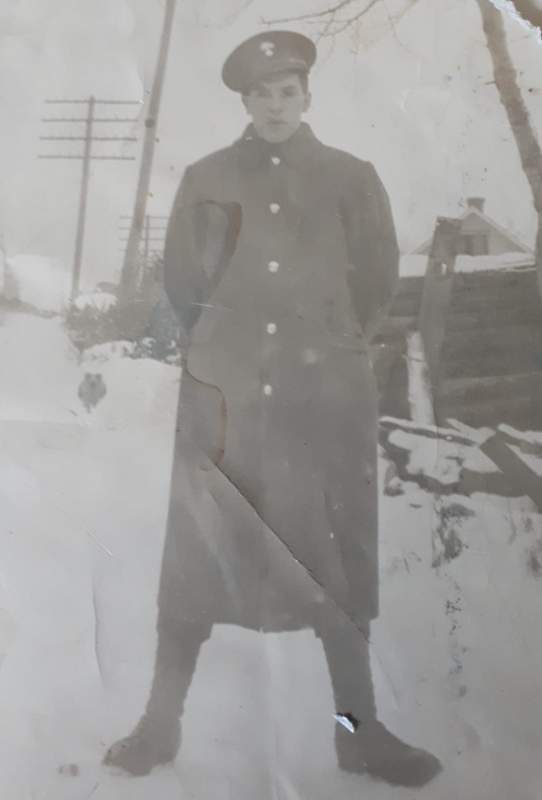 Sent to Pamela Heinrichs by Robert Alan May 2022

Like many other Metis people, I grew up with more questions than answers about who I was (am I Metis?) and what was my family's history. I knew nothing of my family because nothing was ever spoken about. If I had questions regarding the family, answers if given at all were generally vague. I heard that I had a grandfather in the war. I didn't know what war or any other information.

Years later in my life as an adult I started to investigate my family through Ancestry and through DNA. I finally found out that I did have a grandfather that fought in WWII. Joseph Alfred Philias Ouellette. I was so happy to finally know something about my history. During this time I also found out that I was indeed Metis and that my Metis ancestry followed my father's paternal line. My grandfather Joseph Ouellette was Metis. I can't tell you the pride I felt to find out this information. I not only new he was a veteran of WWII, was a Winnipeg Grenadier, died in Hong Kong on Christmas day 1941 but he was Metis! I can't help but wonder what my life would have been if I had known about him at an earlier age. I am so proud to be a Metis Canadian and I am very happy to have my grandfather Joseph Alfred Philias Ouellette listed as an Indigenous Veteran on the HKVCA website.

His name is Joseph Philias Alfred Ouellette. He signed Ouelette.

Half-brother of Private Frank W. Ouellette, regimental number H-6500, who fought in Europe, and brother-in-law of Private John Stephens, regimental number H-6138, 1st Battalion Winnipeg Grenadiers, who was a prisoner of war in Hong Kong and Japan. They survived the war. He served with the 2nd Battalion, Winnipeg Grenadiers - NPAM - from 1938 to 1939, then with the 1st Battalion in Manitoba, Jamaica with Y Force, Hong Kong with C Force. He had 827 days of service, including 59 overseas.

To commemorate his sacrifice, the Manitoba government named Ouelette Lake located northwest of Red Cross Lake in his honor in 1995.