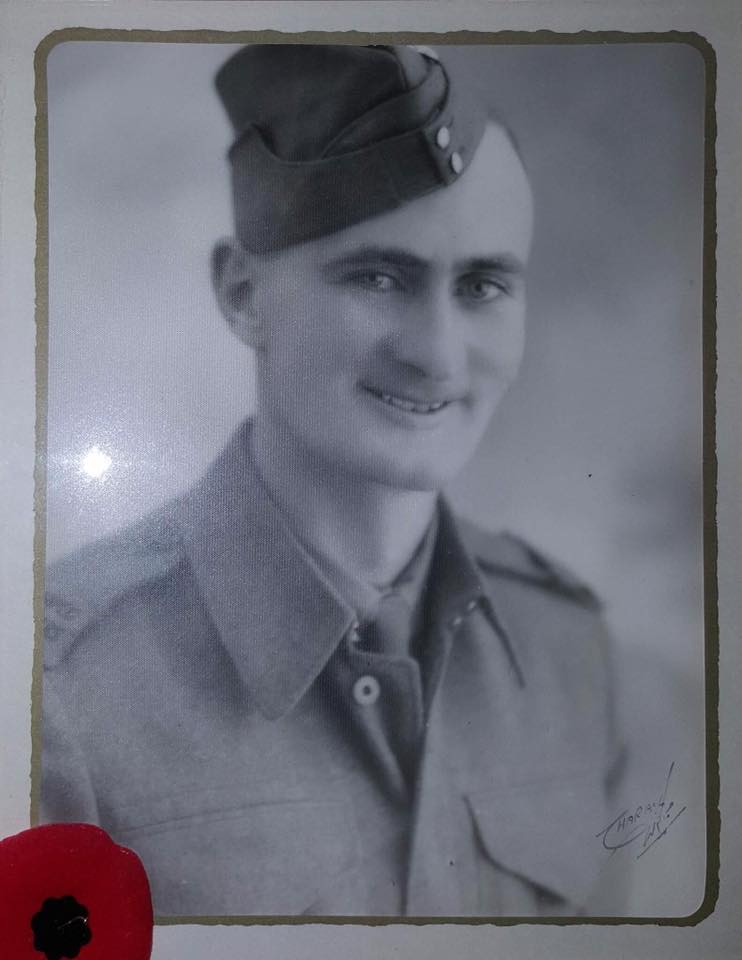 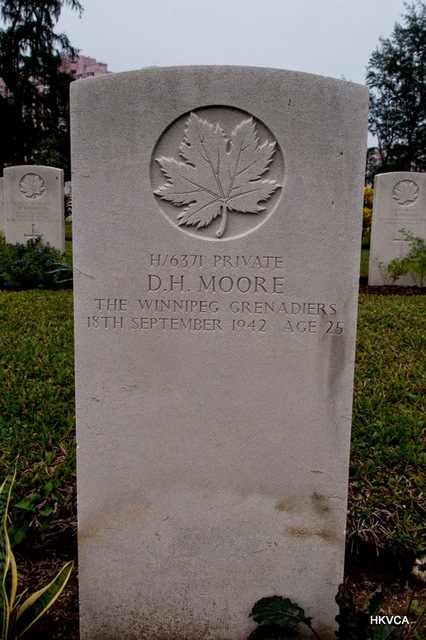 Douglas Moore was born March 22, 1917 at Elgin, Manitoba, the son of Wilson and Elizabeth Moore of Birch River, Manitoba. He was raised along with his siblings Beth, Sarah, Agnes, Doris, Dave, Jim, Jack and Wilson. .At the time of enlistment, Douglas was employed by Hudson Bay Mining and Smelting in Flin Flon, Manitoba. On September 15, 1939, he enlisted with the Winnipeg Grenadiers, R.C.I.C,at Winnipeg, Manitoba. In June 1940, he was sent on a tour of duty to Bermuda and Jamaica. On Monday, October 20, 1941, while on leave in Winnipeg, he married Johanna (Anne) Bais and left for Hong Kong on Saturday, Douglas died a Prisoner of War on September 18, 1942 at the age of 25. Douglas is commemorated at the Sai Wan Cemetery in Hong Kong. Moore Island (64 0/9) in Croll Lake was named after him in 1985. 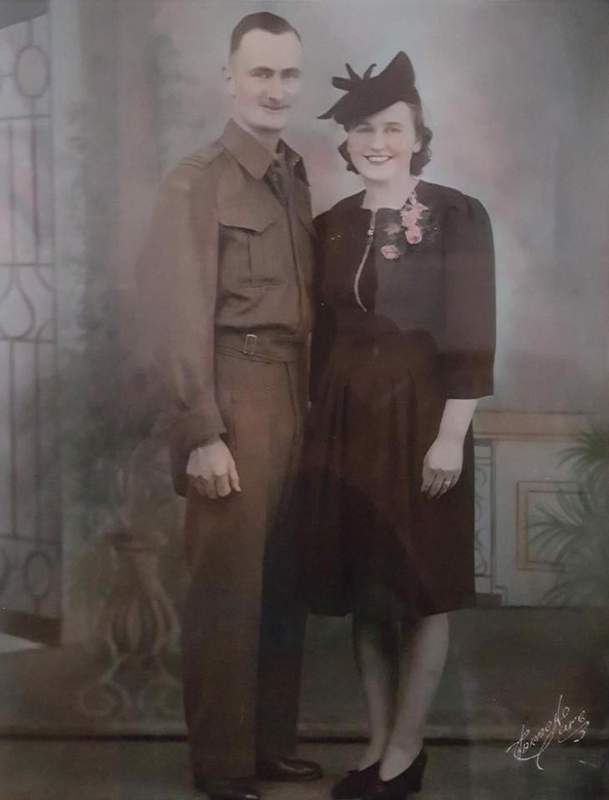 A Memoriam to My Husband Douglas Haig Moore, Winnipeg Grenadiers H6371. Douglas was married to Johanna (Anne) Bais on October 20th, 1941 at 8pm. He passed away 75 years ago on September 18th, 1942 in a Hong Kong prison camp and was buried in Sai Wan Cemetery. Lovingly remembered by Anne (Bais) Richardson. All the years have not dimmed his memory.