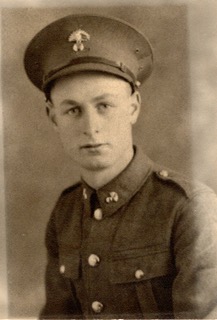 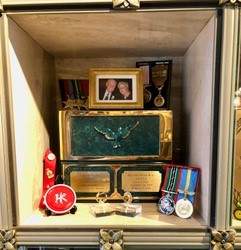 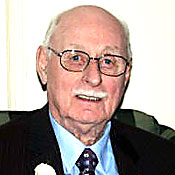 ROBERT FOSTER LYTLE October 23, 1919 June 23, 2009 Peacefully after a valiant battle with cancer, Robert (Bob) Lytle passed away at Riverview Health Centre at the age of 89 years. Bob was born in Carman to Emily Lucy (nee Watson) and Robert James Lytle. He is survived by his wife of 62 years Myrtle (nee Mansell), children Robert (Lorelee), Susan Wrigley (Doug), Debbie Clement (Bill), Darcy (Doreen) and Todd; grandchildren Jeff, Creag, Chris (Shannon), Sean (Natasha), Michael (Nicole), Shannon (Sheldon), Kelly, Kristin, Lauren, Paige, Emma, Alexis and Tara, great-grandchildren Kaydence, Jack, Tyson and Andrew, sisters-in-law Violet Babcock and Leah Mansell and many nieces and nephews. Bob was the last surviving member of his family, predeceased by his parents, sisters Elizabeth, Irene, Winnifred, Rexina, Elinor, Shirley, and brother Jack. Bob enlisted for the Second World War as a Winnipeg Grenadier on September 14, 1939 and served in Bermuda, Jamaica and Hong Kong. He was taken prisoner-of-war by the Japanese on Christmas Day 1941 and was interned for four years. Released in 1945, he returned to Carman where he met Myrtle and they married on November 11, 1946. While working for Beaver Lumber they lived in Yorkton, Nipawin and Wolseley, Saskatchewan and always valued the lifelong friendships made there. The family later moved to Winnipeg when Bob found his calling as an Insurance Adjuster. He was highly respected and made many lasting friends in the insurance industry. He retired in 1985. Bob was very active in the Hong Kong Veterans Association, and held the office of National Secretary for seven years. He was Past President of the Royal Canadian Legion Nipawin Branch 120 and Life Member of Charleswood Branch 100. He belonged to the insurance industry's International Order of the Blue Goose. He was a Mason with Red River Lodge 114 and became a Shriner where he found much joy singing with the Chanters. His favourite past-time in the early years was fishing and he enjoyed curling and golfing most of his adult life. One of his greatest gifts was his sense of humour. He always loved a good joke. In 1966 the family moved into their dream home in Charleswood. Bob was first and foremost a family man. He was a very devoted husband and father. His children, grandchildren and great-grandchildren meant the world to him. With the loving care of his wife Myrtle, he got his wish to remain in the home he loved so much, for as long as possible. He will be dearly missed by his family and friends. The family extends sincere thanks to Dr. McCammon, Dr. Maksymiuk of CancerCare and Dr. Lipschitz at HSC. We are extremely grateful to Dr. Crow and all the wonderful, caring staff on 3E Riverview Health Centre. Our deepest appreciation goes to Mark Shepherd, coordinator of the Palliative Home Care Program and Bob's caregivers. The celebration of Bob's life will take place at Charleswood United Church on Saturday, June 27 at 1:00 p.m. with a reception to follow. In lieu of flowers, donations may be made to the Palliative Care Unit, care of Riverview Health Centre Foundation, 1 Morley Ave., Winnipeg, MB R3L 2P4 or HKVCA, Memorial Wall P.O. Box 381,Winnipeg, Manitoba R3C 2H6. My life on earth is truly past I've loved you all to the very last Weep not for me but courage take and love one another for my sake Love Dad Arrangements entrusted to: Chapel Lawn 885-9715