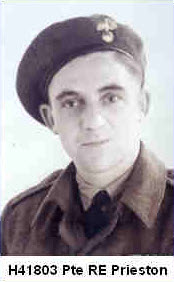 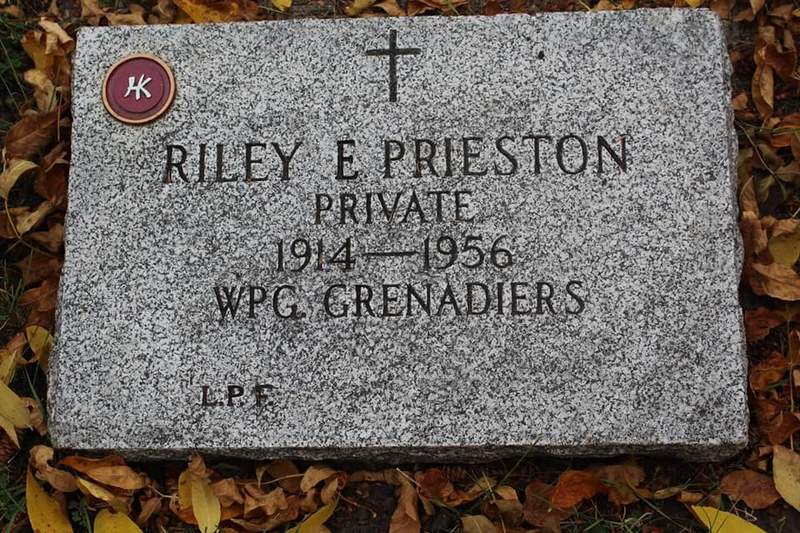 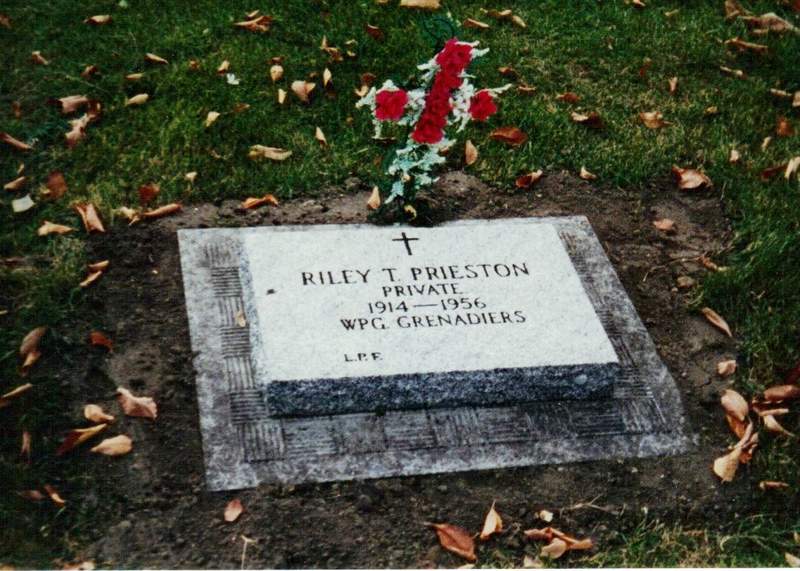 Riley was born on December 26, 1913 in Sturgeon Falls, ON to William and Eula Prieston. He joined the Royal Canadian Army on June 14, 1941 and served with the Winnipeg Grenadiers in Jamaica and Hong Kong. On December 27, 1941 he was taken prisoner of war and endured terrible treatment. He was released in August 1945 and awarded the 1939-45 Star, the Pacific Star and the Canadian Volunteer Service Medal. After the war, he returned home and worked on various jobs until eventually he farmed in the Big Woody District. On March 29, 1946 Riley married Helen Ingram with whom he had six children. He was a member of Swan River Legion Branch 39 for ten years. Riley died in a tragic farming accident on July 16, 1956.