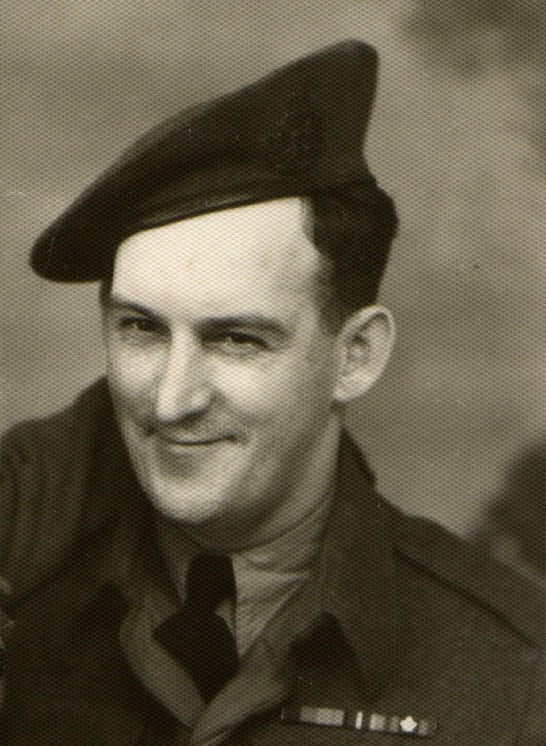 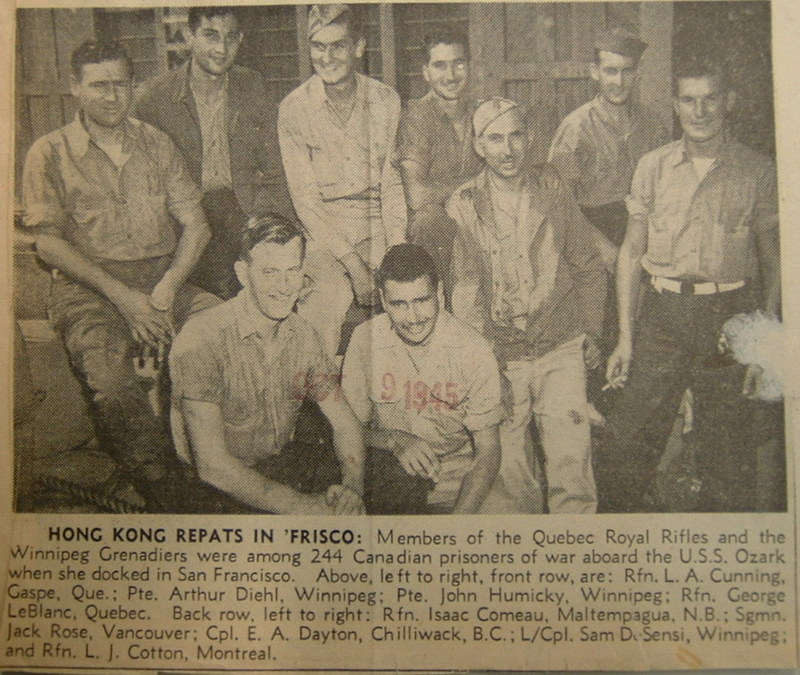 From Len Cotton (son): This photo entitled "Hong Kong Repats in 'Frisco" figures in to what Dad had described as his trip home on a US military ship where he had been assigned a US seaman to help him with whatever he wanted. He stated that, while in San Francisco, they had been met by the President of the USA and Shirley Temple and been given a new dollar bill for a souvenir and been offered automatic US citizenship if he wanted that, but Dad decided to keep on going home to Canada. He did not like the train trip home to Montreal from Vancouver because the high number of soldiers on the train made them feel like they were in a cattle car. 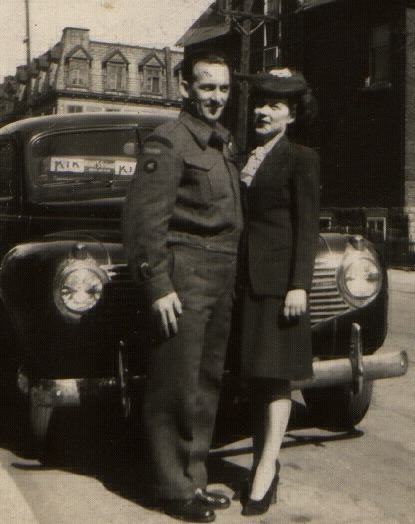 From Len Cotton (son): This photo taken in 1946 shows my dad in Montreal with his future wife, Irene Collette. They lived there for many years before moving to Moncton NB in 1988

Other comments from Len Cotton (son):

Pre- and Post-war, we all knew him as Leonard (Len), but the army knew him as Joseph. His birth certificate shows him as Joseph Leonard Cotton and the government would not stray from that. All boys in Quebec in the old days were baptized and named Joseph plus whatever followed, and the girls were named Mary/Marie plus whatever followed - my mom's full name, for instance, was Marie IrÃ¨ne nÃ©e Collette Cotton.

Wounds - Dad once told me his watch had been shot by a sniper and he still had bits of the watch or bullet shrapnel in his wrist 'til the day he died that had not all come up through.  That's not making any reference to his medical/psuchological condition as the result of being a PoW for those 4 years, but that's a whole other story.

Hospital Visits - Dad spent many years visiting the Queen Mary hospital in Montreal after the war, and my brother Doug remembers him having had something like a month or so stay at the hospital when we were very young.  As for prison camp, I or Doug have a copy of a note by Dr. Ken Cambon (now deceased) for a medical visit.  Dad also mentioned that her had been under the medical care of Japanese doctors and nurses while he was at a foundry in Niigata and that he had been told that it had been close but had pulled through over the course of a number of weeks.

Cremation was chosen. The niche # 4001 and the door code is 243. Grave marker was purchased but not used.