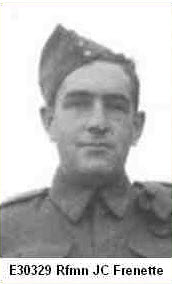 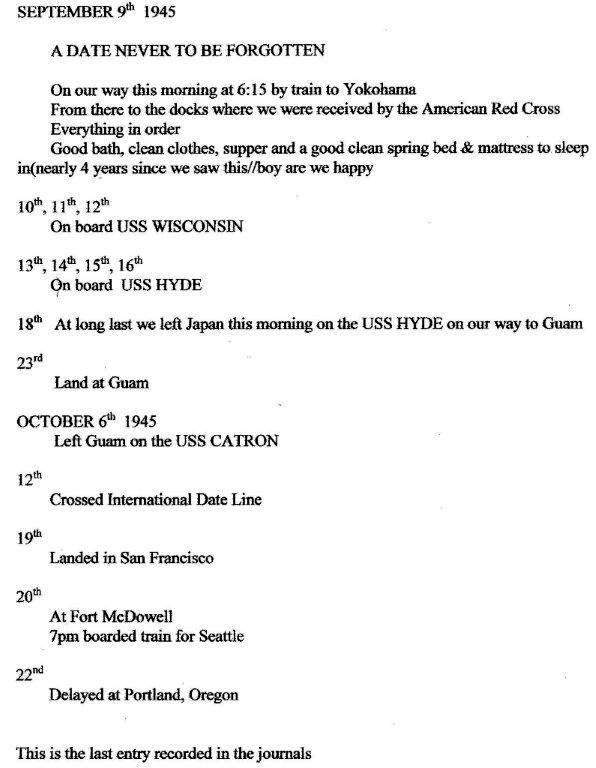 J.C. FRENETTE The death of Joseph C. Frenette of .482 High St., Moncton, N.B. occurred at the Moncton City Hospital on December 5th, 1979 after a brief illness. He was 86. Born in Jacquet River, he was the son of Jeremiah and Josephine (Doucet) Frenette. He was a veteran of the Second World War having been a prisoner of war in Japan from, December 1941 until August t945. He was a retired post.al employee. He was a member of Saint Augustine's Catholic Church. He is survived by his wife Ruth (Kierstead) Frenette; one daughter Mrs. Mona Thornton of North Vancouver, BC.; one son Edwin J. of Charlottetown. P.E.I.; two grandchildren Kristine Frenette and Jeffrey Thornton; a sister, Mrs. Gerard Levesque (Bertha) of Quebec City, also several nieces and nephews. A service was held at the funeral home by members of the Legion. The funeral mass was celebrated by Rev. A. Carroll with a fitting tribute paid the deceased and special reading of the 23rd Psalm. Honorary pallbearers were: Frank Horsernan, Leonard Letes, Ronald Lavoie, Roy Garland, Art Cormier and Wayman Roberts. Active pallbearers were: Fred Dunphy. Cecil West, Reg Phillips, Malcolm Brett, Richard Saulnier and Harold Humphrey. Interment was in Fair Haven Memorial Gardens. Numerous floral tributes, messages of sympathy, mass cards and charitable donations were received by the bereaved family. Relatives and friends attending were from North Van. B.C., Quebec City, Dalhousie, Bathurst and Prince Edward Island. [Campbellton Graphic, January 10, 1980]