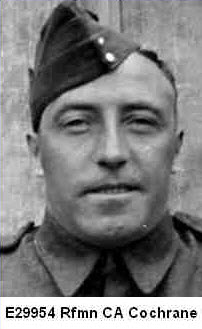 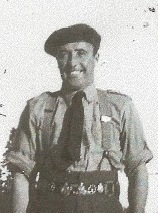 The belt he is wearing is a trophy belt... it has a dozen or so regimental badges from different branches of the service. We understand this was common for soldiers to "trade" badges with each other and collect them on belts. 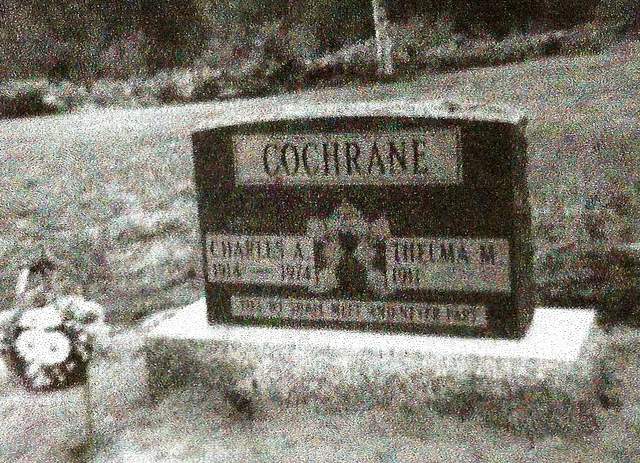 Charles Angus Cochrane of 610, Hwy. 94, died suddenly at his home on Tuesday. He was 60. Rev. Gordon Ross will conduct the funeral service at the Paul Chapel Friday, 2:30pm with interment at Callender Cemetery. Friends may pay their respects at the Paul Funeral Home in Powassan. Born Oct. 11, 1914 in New Richmond, Que., he was the son of the late Mr. and Mrs. Richard Cochrane. He came to Callander four years ago where he was employed as a security guard at Dupont. A veteran of the Hong Kong Royal Rifles, Mr. Cochrane was a prisoner-of-war for four years during the Second World War. He was a member of Branch 445, Royal Canadian Legion of Callander. Predeceased by his wife Evelyn in 1949, he married the former Thelma Jones in Toronto April 24, 1953. He is survived by his wife, two daughters, Mrs. Addison Harrison (Patricia) of North Bay and Mrs. Norman Willett (Judith) of New Richmond, Que.; two brothers Dave and Archie of New Richmond; one sister, Mrs. Henry Hardy (Mary) of Whitby and three grandchildren.