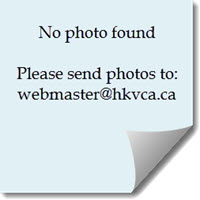 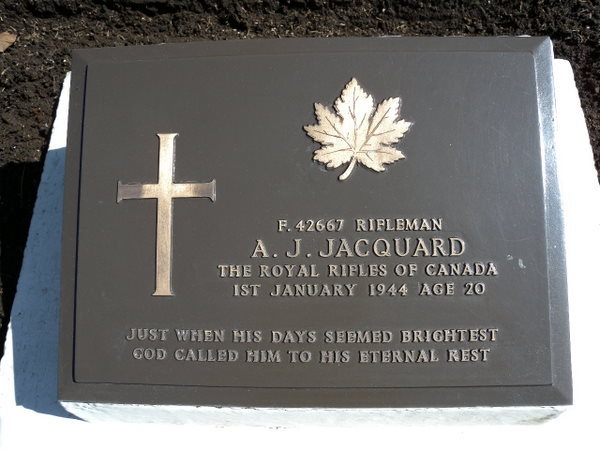 On 24 December 1943 the POWs moved to the permanent location officially known as Niigata Camp 5B. They stayed less than a month; the new camp apparently had been built hurriedly, perhaps on the principle that it was only for prisoners. During the night of 31 December 1943-1 January 1944, one of the buildings collapsed while about 150 men were sleeping inside. Eight men were killed and many more injured. Angus JACQUARD was one of the 8 killed.

The accident in the âpermanentâ camp at Niigata was catastrophic to the morale of men who had already suffered much. The hut was built on sandy ground and no nails had been usedâit was pegged. The main beam down the centre of the building was an eighteen-inch log supported by six-inch logs. âThat December there was an abnormal amount of snow. If the buildings had been constructed properly it would not have collapsed.â On the effect of snowfall, opinion differs. The British medical officer, Maj. Stewart, testified at a war crimes trial that weather conditions were not extreme: winds were not blowing strongly nor was snow falling the night of the accident, though it did snow later in the day on 1 January. In a letter to the author, 50 years later, Stewart commented that the building had been supported by outside struts. Some of these had been removed, in order to permit the passage of the benjo carts removing excrement. The building was thus weakened, leading to the tragic accident.5Â° A cynic might suggest that dysentery and diarrhea caused the collapse.

Dr. Fujii was sent from Tokyo to investigate. He arrived on 2 January 1944, bringing Dr. E.S. Kagy an American POW surgeon, and Shaw (a medical NCO) from Omori Main Camp, as well as medicines, bandages, gauze, and surgical instruments. They found that eight men had died and 20 were injured, five or six very seriously.

After arriving at the camp they helped the POW medical staff treat the injured prisoners. Five or six men had fractures of ribs or pelvis:

âI took them to Shintetsu Clinic and had them x-rayed. After x-ray was taken it was shown to Doctor Kagy and it was discovered two or three men had fractures. I requested Captain Yoshida, the Camp Commandant, to have them hospitalized at the Shintetsu Clinic Hospital and they were hospitalized. Doctor Kagy was left there to treat them. I stayed there for four or five days and then returned to the Omori Main Camp. Doctor Kagy and Shaw stayed there for about one month to treat them.â { NARA, RG 153, File 35-997, Trial of Med. 2/Lt. Fujii Hiroshi, Testimony of Accused, 575}.

After the accident, some of the severely injured Canadians were moved to another place for treatment. Ken Cambon, a volunteer orderly, accompanied them: âfour of the chaps with pelvic injuries were moved to a small cottage hospital in the city. I was lucky enough to go along with them to care for their needs.â In this way Cambon had a temporary reprieve from the inadequate food and housing and from the constant threat of brutality by certain of the guards at Camp 5B.

One consequence of this disaster was that, on 18 January 1944, the camp was divided. One group of men, those who had been in the Shintetsu gang that worked at the steel mill, moved to a separate camp nearer the mill, designated Camp 15D briefly, then 15B. Although the POWs were told that the separation of the Shintetsu group was to be temporary, in fact that group never returned to Niigata Camp 5B.

H6754 Sgt George McCarthy gave details regarding the collapse of the hut in his Liberation Questionnaire. Sgt. McCarthy was the camp 'carpenter'. His details - "shortly before Christmas 1943 I was moved to Camp 5B. All the buildings at 5B had been recently constructed with the exception of one or two. While I was at 5B, one of these new buildings collapsed, killing eight Canadian prisoners and injuring several others at New Year's, 1944. The building that collapsed was the only building in Camp 5B which had been built without side braces to strengthen the walls. I do not know why this building did not have side braces but I believe that it must have been due to the negligence of the contractor who constructed the building.

The Mansell report says "Men who died 1 Jan 1944 were killed in collapse of barracks from snow load".